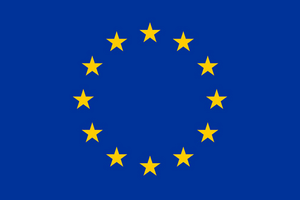 Please enter your desired domain name:
.eu domains are officially considered as "Your European Identity", it is therefore the official domain of the European Union.

Initially these domains were restricted to citizens residing in the European Union, but since October 19th, 2019 any citizen of the European Union can register a .EU domain, regardless of his/her current country of residence.

Although the talks started in 1999, .EU domains were launched to the general public on April 7, 2006, that same day more than one million domains were registered.

During the last years EURid, the entity that manages these domains, has added new functionalities, such as IDN domains (December 2009), DNSSEC (June 2010) or the launch of .eu domains in Cyrillic (.ею) or Greek (.ευ).

The transfer will be processed in real-time.

When a domain is transferred between registrars, the remaining term is preserved and an extra (one) year will be added to the term, as long as it does not exceed 10 years.

In order to offer you an optimal user experience, we use cookies and other technologies on our website. This includes technically necessary cookies in order to provide essential functionalities and, on the other hand, to be able to carry out anonymized statistical analysis. If you do not consent to this, please click here.